Finding one of the best Android phones isn't always easy. As there are a huge number of options and everyone has different needs. So the best handset for one person won't be the top choice for someone else, but that's where this article comes in.

The Samsung Galaxy Z Flod 3 takes the cake is the best foldable phone you can buy right now it does things no other phone can do. Letting you play games, read pdf and create content in unique ways. The Galaxy Z Flod 3 packs all of Samsung's best technology into an ultra premium package. This version of the Z Fold series is the best yet with improved hinge and screen durability, IPX8 water resistance, and finally S Pen support, that means that you can now draw or take notes on the interior screen for creative or productive work on the go.

It's perfectly pocket sized when folded yet the 6.2 inch display is plenty large enough to manage just about all of your notifications. Then when you open it up you're treated to a massive 7.6 inch AMOLED display, complete whith a 120 hertz refresh rate. Switching to the camera, the Galaxy Z Flod 3 carries a triple camera with a 12MP Wide camera, 12MP Ultra wide camera, and 12MP Telephoto with 2X zoom, and the front camera is 4MP.

You'll also find a true flagship processor for the first time in the form of Qualcomm Snapdragon 888. It is available in two sizes of internal storage there is 256GB and the highest is 512GB storage. Lastly the 4400mAh battery should be good for a full day of mixed usage. 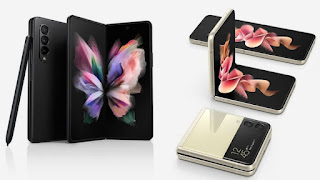 Realme's most expensive smartphone thus far is called GT Pro and is designed to make other flagship phones cowerin fear. For your money it's hard to find a better deal than with the GT Pro. Realme has stuffed its unique biopolymer body with all the stuff you'd expect from a flagship Android but it's kept the price generously low.

It has a 6.7 inch display of 3216 X 1440 pixels with an adaptive 120HZ refresh rate. There's a single version of the phone which  comes with Qualcomm SM 8450 Snapdragon 8 Gen 1 silicon, 12GB of Ram and 256GB up to 512GB of storage. While 12GB is the amount of physical Rem you get, there's also the option to get more through the Rem expansion feature which carves out a bit of storage memory.

The GT Pro 2 has a pretty good camera for the price. It has triple cameras 50MP wide camera, 50MP ultra wide camera, and 3MP microscope, there's no telephoto zoom option. Battery capacity is quite impressive with 5000mAh and fast charging 65W 100% in 33 minutes. If performance is your priority then the value here is near unbeatable however and the fact that it's all wrapped in a slick understated design albeit in plastic doesn't hurt either. 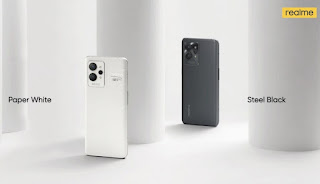 The OnePlus 10 Pro is one of the best deals on Android phones right now. OnePlus has long maintained a tight relationship with its community. Often offering unique features and community driven feature development in its own oxygen os than you see elsewhere. It has a 6.7 inch QHD panel 3216 X 1440 pixels with an adaptive 120HZ refresh rate. In the camera section the 48MP and 50MP rear lenses can cover most scenarios, while the 8MP relephoto adds 3.3 times optical zoom to the mix.

It also offers a speedy snapdragon 8 gen 1 chipset to keep you moving and up to 12GB of Ram with 256GB of storage. The OnePlus 10 Pro also has an incredible 5000mAh battery life with the ability to top off in minutes thanks to 65W/80W charging depending on the country you buy it in. The latest flagship phone from OnePlus is a good alternative to the likes of the S22 of Pixel 6 series espacially if you live in the US and have few other high-end Android options. 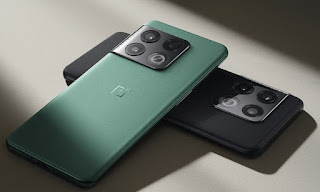 The Google Pixel 6 Pro is the most high-end phone Google has ever made. Packing a 6.7 inch screen which is pin sharp thanks to its 3120 X 1440 pixel resolution. It has an adaptive refresh rate that can go up to 120HZ when you're playing fast paced games, but also slows down to only 10HZ when the phone is sitting idle. The Pixel 6 Pro has a highly capable triple lens camera with a 50MP main sensor, a 12MP ultra wide and a 48MP telephoto sporting four times optical zoom.

The Pixel 6 Pro packs all of it with a photography prowess that's hard to beat. Then there's its Google tensor chipset, which is custom silicon designed specifically for the Pixel  range and capable of delivering very smooth performance, though in benchmarks it ranks below the top Android chipsets like the snapdragon 8 Gen 1. Lastly the 5003mAh battery should be good for a full day of mixed usage. 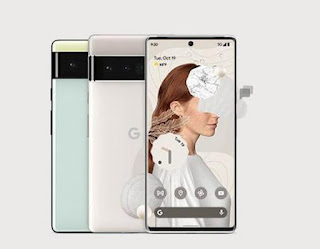 The Samsung Galaxy S22 Ultra is seemingly designed to be the ultimate Android phone, or at the very least the ultimate Samsung phone. And it succeeds at both by building both on the impressive Samsung Galaxy S21 Ultra and taking the essence of the Samsung Galaxy note range. The expansive 6.8 inch ITPO AMOLED display delivers both high WQHD+ resolution and adaptive refresh rate up to 120HZ and with S Pen stylus support, it comfrotably fills the productivity niche of the former note phones.

The Sumsung Galaxy S22 Ultra is one of the first phones powered by Qualcomm's Snapdragon 8 gen 1 processor a 4 nanometer chip that promises better CPU and graphics performance while delevering better efficiency. It also has 8GB up to 12GB of Ram and 256 GB up to one TB of storage. This is very enough to bulldoze even heavy games or applications.

Switch to camera, the camera is one of the best on any phone. It has a multi camera with 12MP ultra wide camera, 108MP wide angle camera, 10MP telephoto camera 3x zoom and 10MP periscope telephoto 10x zoom and 40MP selfie camera.

Shoot videos that rival how epic your life is with stunning 8K recording. The highest recording resolution available on a Smartphone. Video captured is effortlessly smooth, thanks to auto focus video stabilization on Galaxy S22 Ultra. It is also supported by a very capable 5000mAh battery with 45W fast charging. 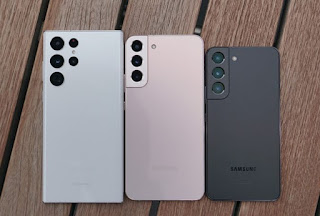